I was looking through some photos with a friend tonight when I spotted these photos that I took when me and Michelle went to feed the ducks in Sefton Park in Liverpool. We love it at Sefton Park, it’s such a lovely place to go for a wander after work or on a sunny Saturday afternoon 🙂

Sefton Park was opened on 20th May 1872 by Prince Arthur. He dedicated it “for the health and enjoyment of the townspeople”. I hadn’t realised that it will be 144 years old next month!

Even though I’m not particularly religious, I’ve always loved visiting churches and cathedrals. The architecture is amazing and the stained glass windows are simply stunning. This was taken inside Liverpool Cathedral, I think it’s beautiful. While researching this post I found out that the bells weight a massive 31 tons! On their webpage, they “boast”

Just to give you a potted history of the Cathedral: it wasn’t until June 1901 that the decision was made to build the Cathedral. The design was submitted in 1903 and 1904, the Foundation Stone was laid by King Edward VII at a great open-air service. During the service a choir sang Hallelujah Chorus from Handel’s Messiah. In 1910, the first part of the Cathedral to be completed, the Lady Chapel, was dedicated by Bishop Chavasse and Cosmo Lang, Archbishop of York. In 1942, the person who had submitted the design 39 years previously, Giles Gilbert Scott (by this time a Sir), placed the final stone on the final ‘finial’ at the top of the tower, three hundred and thirty one feet one and half inches (101 metres) above the Cathedral floor. The Cathedral’s celebrated its Centenary in 2004, and the first two phases of the new Visitor Centre opened in December 2006 and early 2007. The final phase, which involved upgrading the existing restaurant area, was completed in early 2008.

It is such a beautiful building, I love going to visit it. If you find yourself in Liverpool, I highly recommend taking the time to visit 🙂

I’m originally from Leeds, but I have lived in different places around the UK. Michael has only ever lived in Merseyside, so that still leaves quite a few places around the UK to visit. I’m not the best on planes or boats, so I’ve always been more of a UK tourist than anything else and there are so many places that Michael and I have discussed visiting over the 6 years that we’ve been together.

I have just read Paula’s post Places I want to visit and it inspired me to create a blog post of our wishlist destinations. Some of the places listed will have been visited by at least one of us and we’d like to visit together, and some will be new to both of us.

Neither of us has been to Scotland at all, so still a lot of places to go there! We’d both like to go to Edinburgh first. Michael really wants to see the castle because it’s made of granite and, like York, there’s been no attempts made to modernise it. He also wants to visit the National War Museum. I’m really excited to see the Museum of Childhood (being a massive kid myself!) and Edinburgh Zoo. 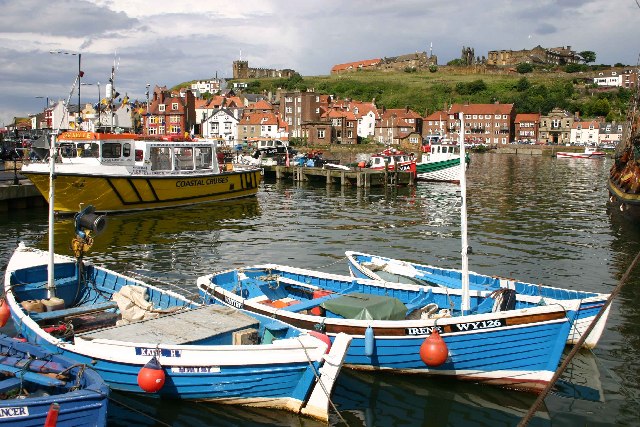 Michael wants to go to Whitby for the Whitby jet, and also because part of Bram Stoker’s novel Dracula was set in Whitby. I’m excited to visit Whitby Museum and Whitby’s 199 steps. I’ve heard that the view from the top is amazing, and I know that I’ll be shattered once I’ve climbed all of the steps, but I’d hate to have gone all the way to Whitby and not climbed them! Whitby Goth Weekend takes place twice yearly (April and October/November) so we’ll have to time our visit around then! They have a massive list of traders, so I think I’ll need to save up before we go 🙂

Michael wants to go to Scarborough because it’s like the “Southport of the North East coast”. I’ve been to Scarborough many times, mainly because my aunt and uncle live there. Therefore, there are places I really want to show Michael. Obviously, there are the arcade machines along the seafront (I love the 2p machines in particular!), but also Scarborough Castle, Rotunda Museum and no Scarborough visit would be complete without an ice cream sundae at Harbour Bar! It’s such a beautiful place to visit, and we will definitely hop onto one of the open top buses that run around Scarborough.

Michael wants to visit The Lake District as it’s an area of natural beauty. I’m really looking forward to going on a lake cruise on Ullswater lake, courtesy of Ullswater Steamers. It’s a place that neither of us have been to before, but we know so many people who have had such a great time there.

The Isle of Wight

Michael wants to visit The Isle of Wight because it’s where King Charles I was imprisoned (in Carisbrooke Castle), and he loves history. I’m really looking forward to seeing the Isle of Wight Zoo in Sandown, Seaview Wildlife Encounter in Seaview and Ryde pier, which is the oldest seaside pier in England.

Michael wants to go to Newcastle to see the Tyne Bridge, Gateshead Millennium Bridge and the Swing Bridge over the River Tyne. I’ve never been to Newcastle either, but it’s always been on my list of places to visit.

Michael has always wanted to go to Stonehenge because it’s one of the oldest man-made structures in the country. I’ve never been here either, and it would be great to see them in person.

About 12 years ago, I went on holiday to Penzance, and while I was there, we took a trip over to St Agnes of the Isles of Scilly. It was so peaceful and tranquil, all you could hear was the sound of the sea and birds squawking. To not hear any traffic was so strange, but lovely at the same time. I know that dolphins have been spotted while on the boat journey over to St Agnes, so hopefully we’ll be lucky 🙂

I used to live in Brighton, and I lived there for just over a year. I moved there in the February, and even though it was freezing and there weren’t really any tourists, there were plenty of things for me and my visiting friends to do. Michael has never been, but has always wanted to go. Things I’m going to show him include Brighton Pier (especially the freshly made doughnuts!), Sea Life Brighton, Brighton Toy and Model Museum and The Lanes.

I know that that’s a long list, and I’m sure that I’ve forgotten some places (so I might end up blogging about this again!), but I’m really looking forward now to visiting all of these places.

Recently, me and Michael went to the National Wildflower Centre in Knowsley. It’s such a lovely place to visit, and we’re so lucky to live so near it. This is from their website:

“The National Wildflower Centre is a seasonal eco-visitor attraction in Knowsley – You’ll find us 5 miles (8 km) from Liverpool city centre. We showcase our natural wildflower heritage and inspire you to create new wildflower landscapes wherever you live. Our seasonal nature displays and creative community projects raise awareness about the importance of wildflowers, and encourage people to learn about creative conservation.

All the money we raise at the Centre is put back into our creative conservation founding charity Landlife. We particularly work with people with poor access in their communities to our natural environment. Just by visiting us, you can be sure you are making a valuable contribution. We are working in close partnership with Knowsley Council ‘The Wildflower Borough’, making new landscapes for communities.

We’re a creative bunch of people – And welcoming with it! Our Centre is a mix of refurbished old buildings and new architecture that look back to our conservation past – and project positive action for now and into the future. We have a lovely Cornflower Cafe, Shop and Conference venue too, amongst historical courtyards and a former walled garden space with seasonal displays.”

It really is worth visiting, and we’ll be going again soon 🙂

Today (11th August) is “Play In The Sand Day“! So if you live near a beach, today is the day to grab your bucket and spade, and maybe take a picnic and get on down to the beach 😀

The last time I went to the beach was to see Antony Gormley’s sculptures, “Another Place” at Crosby Beach, which is when the above pic was taken 🙂

I have always enjoyed being touristy and visiting places, and once I met Michael that enjoyment grew as we would go places together. But then his car accident and brain injury put a stop to all that and left us unable to visit anywhere because the noise of crowds, new sights, bright colours etc put too much of a load on his brain cognitively, and he would become ‘full’ in his head and need a nap. All of the new data would just be too much for him to deal with, so eventually we decided to stop going anywhere to give him the best quality of life.

We are hoping that in time he’ll be able to cope with places again as it’s been 4 years now since his brain injury and I know that people with brain injuries can still be improving years later. With this in mind, and also because I miss going to places and being all touristy, I decided to start a new blog: http://whatsonwhere.wordpress.com. Each blog post will feature an upcoming, or already ongoing, event in the UK and I will also tweet about it on my Twitter accounts: @JennyPughUK and also @WhatsOnWhereUK. If even one person pops along to an event because they read my blog post, or saw my tweet, that would make me very happy indeed 😀

Anyone who read my earlier blog post, “Why I love reading other people’s blog posts” will know that due to my husband Michael’s brain injury we haven’t been able to go out and be touristy as it would have made him ill, and we decided it wasn’t a situation we wanted to put him in. I had mentioned in that post that we wanted to try and go out more, and today, we did!

Because our printed books came last week, I am on holiday from my day job this week so I can do book promotion and contact people about advertising. We decided that as the weather has been nice that we’d go and feed the ducks today, and I am so glad that we did! We took some photos while we were there, so enjoy!

It’s way too wintry cold to go anywhere at the minute, so I thought I’d cheer myself up with a blog post reminiscing about our first ever holiday together back in March 2009. We went to Cheddar and Bristol Zoo. Cheddar is such a beautiful place, we’d definitely go again :)

While down South, we also visited Bristol Zoo, it’s a great place to visit! The fruit bats live in a custom built enclosure that you can actually walk through, and they fly above your head!

We’d love to go back to Bristol Zoo one day, it was a great day out and I highly recommend it to anyone if you’re in the area 🙂